Famous artist Lehmber Hussainpuri performed on “Sadi Gali”, “Mannke”, “Jatt” etc. & made the audience to tap on their feet. Balkar Sidhu entertained the youth of Aryans on “Mela” & “Mombattiye” etc.

It is to be mentioned that every year “Roshaan” & “Rajni” cultural functions are organized at Aryans campus with great enthusiasm. Roshaan is dedicated to fathers while Rajni is dedicated to mothers of all students. 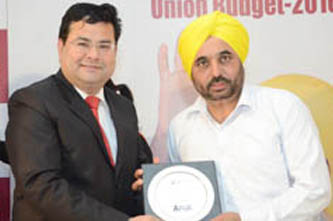 Aryans Group of Colleges, Rajpura near Chandigarh congratulated Bhagwant Mann on his massive victory in the elections. Dr. Anshu Kataria, Chairman, Aryans Group of Colleges said that Bhagwant Mann had talked about the improvement of education and health from the very beginning and hopefully the upcoming government of Mann will bring new dawn in the field of education.

It is worth mentioning that Aryans Group and Bhagwant Mann have a 15-year old bonding. Mann has been a part of various programs of Aryans for the last 15 years, no matter what position he held.

It is also to be mentioned here that last 3-4 years back when Mann visited Aryans campus, he expressed happiness while addressing students and said that when he came to Aryans campus for the first time in 2007, Aryans was a small campus and today it has transformed into very big campus. 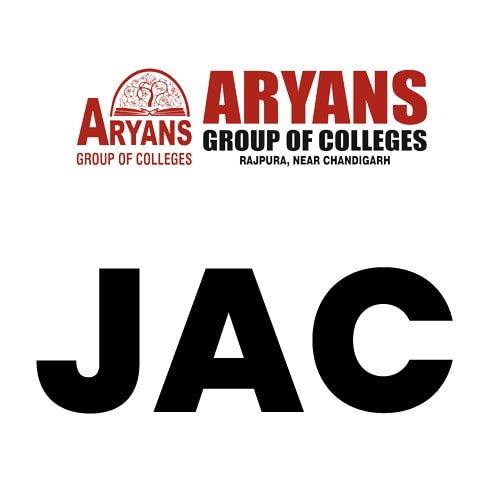 Joint Association of Colleges (JAC) comprising around 1650 colleges of Punjab has given an ultimatum to the Punjab Government to clarify the status of SC Scholarship within 15 days after the Final investigation.

It is to be mentioned that, the JAC is representing 13 different associations of Punjab.

S. Jagjit Singh, Chairman, JAC said that the Govt has made the policy of holding the scholarship funds and issuing the statements of scholarship scams of SC Students followed by repeated audits and investigations since 2017.  Jagjit Singh added that during its tenure, the government hasn’t adopted any harmony policy to monitor the scholarship scheme to save the education of SC students. “Creating the confusion among the students and colleges of the scams the Government doesn’t want to release the scholarship funds of the SC students which will not be tolerated further at any cost” added Jagjit.

Dr. Gurmeet Singh Dhaliwal, Chairman, JAC said various departments of the Govt including Finance Dept, Social Welfare Dept etc have conducted many Audits in past years for the release of scholarship funds the records of which are available with the Govt but still the if the Govt needs more records then Govt should complete the process in next 15 days and release the scholarship amount of Rs 1850 crore which is pending since last 3 years.

S. S Chattha, General Secretary, JAC said that it was the responsibility of the Central Government to release 100% of the money for this scholarship scheme till the session 2016-17, but for the session 2017-18, 2018-19, 2019-20 neither the Central Government nor the Punjab Government is taking responsibility of the scholarship of the pass out students. The Government has not clarified any policy for the session 2020-21, due to which the future of the Lakhs of SC students and educational institutions is at stake. This confusion and evasive policy of the government has broken the education structure of Punjab financially due to which lakhs of SC students are being denied higher education and bank accounts of many educational institutions have turned to NPA.

Dr. Thakur while interacting with students explained why stress happens and how to manage it? Stress can be a motivator and it can even be essential to survival & to complete a target on time. The body’s fight mechanism against various stressors tells a person when and how to respond to danger, she added.

Dr. Thakur said that the COVID-19 has disrupted every aspect of our lives. Anxiety and depression have significantly heightened stress during times this pandemic. While lockdown has been difficult for everyone, the young generation is finding it mentally tedious. She highlighted that 17 per cent of them are experiencing these symptoms due to the ongoing impact of Corona.

Dr. Thakur further said that, in the age group of the 25-30, youth are experiencing symptoms due to job loss, financial problems & less salary. Factors like extended work hours, work from home with various other responsibilities to deal with are adding to serious mental health problems.

The Divisional Commissioner while addressing said that our teachers are the true pillars of our success. They nourish and prepare students for their future as they are the real icon of knowledge and wisdom. He explained the transformative role of a teacher in a student’s life.

Dr Kataria while interacting said that a teacher is a friend, philosopher, and a guide, who instills confidence in young minds, gives them direction and encourages them to dream. Teachers spend all their years in educating us and helping us become better human beings, he added.

It is to mention that, Rotary Club Rajpura was established in 1966 & from more than 55 years working for noble cause for society.

Sh. Chander Gaind said that we have hundreds of private and govt. schools and colleges in the district and we have a lot of surplus land which is not being used for playgrounds and buildings. He inspired each and every college with the help of forest department to use that land for Tree Plantation.

Dr. Anshu Kataria while speaking on the occasion said that trees not only bestow us with shade and fruits but also make campus beautiful. He also mentioned about the existing environmental problems that we are facing today due to deforestation. He appealed all to actively participate in tree plantation drives make Punjab clean, green and pollution-free.

Students and Faculty Members of Aryans participated in Shiksha Samvaad

Students and staff members of Aryans Group of Colleges, Rajpura, Near Chandigarh participated in the “Shiksha Samvaad” organized by Joint Association of Colleges (JAC) and Education Promotion Society for India (EPSI).  Dr. Ramesh Pokhriyal ‘Nishank’, Hon’ble Minister of Education, Government of India, was the Chief Guest while Dr. Sanjay Shamrao Dhotre, Hon’ble State Education Minister, was guest of honor.  About 10,000 students from schools, colleges and universities participated in this education dialogue.

The minister further said that education is the foundation & backbone of a person, family, society & country. A person alienated from education & society goes on the path of destruction. This education policy has been prepared with the help of around 2.5 lacs consultations, in which suggestions have been received from vice chancellors of 1000 universities, professors from degree colleges, teachers, academics & intellectuals, he added.

Dr. Anshu Kataria, Chairman, Aryans Group said that University of The Fraser Valley is one of the renowned universities of British Columbia, Canada, and this collaboration will help Aryans students to get International educational exposure. He added that this type of collaborations helps to organize student exchange programmes that are beneficial to both the students as well as colleges.

Earlier to this also a delegation of Aryans Group of Colleges had visited Canada under the leadership of Dr. Anshu Kataria. The delegation had visited various Educational Universities of Canada like UBC, BC Council for International Education, VFS, UVic, UVF, BCIT, TRU, and SFU with an aim to work out various possibilities of collaborations with Canadian Universities and student exchange programmes.

It is to be mentioned that UFV is located in the Fraser Valley east of Vancouver, British Columbia, Canada. UFV is fully accredited, public university that enrolls approximately 15,000 students per year. UFV has campuses and locations in Abbotsford, Chilliwack, Mission, Hope and Agassiz.

On this MoU, Dr. Anshu Kataria shared that “Canada is one of the most favoured destinations for the students of Punjab who are looking to explore global opportunities. The MoU will lead to greater mobility of professionals at both ends and herald a new dimension of academic & professional opportunities between both the institutes.

Ms. Kristianne Viher while speaking on the occasion said that the Canadian Universities and Colleges keep on updating their course curriculum on a regular basis according to the needs of the industry. She further added that this MoU would help the students of Aryans to update themselves with the rapid growth in programs like Business, IT etc..

It is to be mentioned that Focus College is focused on developing programs with highly experienced instructors from the Business, IT, and Travel and Tourism industries by all its modern conveniences. The campus encompasses a vibrant community of cultural clubs and language learning resources, allowing students to learn English in a multicultural environment. Focus College is the only education centre in Canada recognized by the Scottish qualifications Authority (SQA) for its advanced level of standardized education.