Mrs. Kumar while addressing with students & faculty members said that patent is a form of intellectual property that gives its owner the legal right to exclude others from making, using, or selling an invention for a limited period of years in exchange for publishing anenabling public disclosure of the invention.

She told that The Patents Act 1970, along with the Patents Rules 1972, came into force on 20th April 1972, replacing the Indian Patents and Designs Act 1911. In most countries, patent rights fall under private law and the patent holder must sue someone infringing the patent in order to enforce his or her rights.

She discussed about the procedure for granting patents, requirements placed on the patentee, and the extent of the exclusive rights vary widely between countries according to national laws and international agreements. Patents provide incentives for economically efficient research and development (R&D), she added. 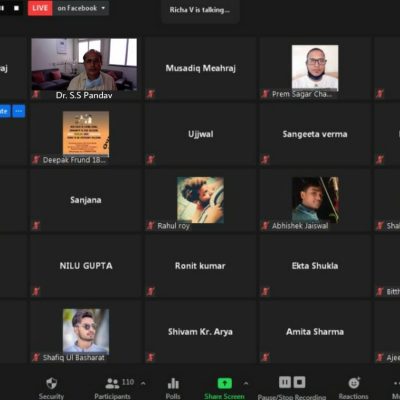